Located in Central America, Guatemala lies south of Mexico. Located just 27 miles southwest of Guatemala City lies the site of Volcán de Fuego (Volcano of Fire). According to World Vision, when It recently erupted it left 190 dead, 57 injured, and 256 missing. 3,100 people were evacuated. 13 members of one family perished, two were children. Winds exceeded 200 mph and the ash plume reached 33,000 feet. Ash was dispersed as far as 40 miles from the epicenter, affecting 1.7 million people. 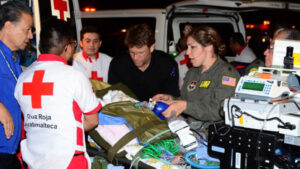 As soon as the Volcano began to erupt Shriners in Tampa began to work on a plan to help children affected by the eruption. Within 24 hours Shriners Hospitals for Children sent an emergency team of pediatric burn doctors and nurses to Guatemala to care for the young burn patients until they could be flown to the Shriner Hospital burn center in Galveston.

Shriners Hospitals for Children worked closely with United States Military Commands and with government officials to arrange medical visas and transportation to the US. There were six children and five guardians on the C-17 military transport. Upon arrival the children were immediately admitted to the pediatric intensive care unit with life threatening burn injuries.

Shriners Hospitals for Children is changing lives every day through innovative pediatric specialty care, world class research and outstanding medial education. Locations in the US, Canada and Mexico provide advanced care for children with orthopedic conditions, burns, spinal cord injuries, and cleft lip and palate. All care is provided regardless of the families’ ability to pay. Learn more at shrinershospitalsforchildren.org. 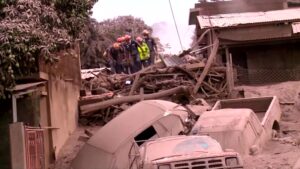 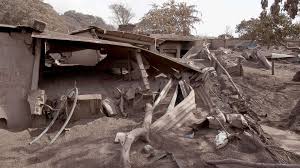 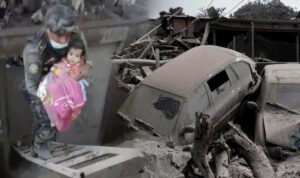